Hello, I missed this week’s Top 5 Wednesday, but I really liked the topic so…better late than never. 🙂

I am sure many will be shocked by this because of what happened to one of our beloved characters (he’s my favorite too. I cried :’) ) but Negan is the craziest characters I’ve read about. He is evil. Pure crazy, but he also cracks me up! Especially in the comics!

4. Holland & the cray cray twins | A Darker Shade of Magic

I really liked Holland in ADSOM. I don’t really think of him as a true “villain” but I have to include him because I was really interested in his story. I can’t wait to read more about him.

This crazy is a psychopath. One of my favorite characters from the Red Rising trilogy because of how twisted he is.

2. The Darkling | The Grisha Trilogy 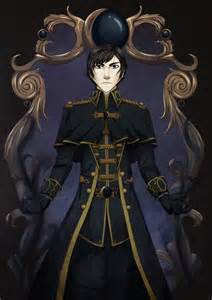 The Darkling has one of the best villain storylines. By the end of the trilogy I was bawling my eyes for him. His tragic past just got to me. Especially when we learn his real name. Ugh 😥

I hate him, but I also love him a little too. Such complexity!

There is no one i hate more than this a$$hole. Oh my gosh he is the literal worst! He makes me sick to my stomach. He’s a sadist psychopath. I am still not over his last scene from Outlander. I couldn’t even read it because I was physically sick.

I don’t know if I really “love” to hate him, but I loathe this man. So he’s included

until next time xxoo